Grilled Shrimp Marinade – The Dos and Do Be Careful Ofs 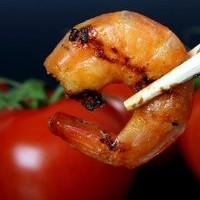 Grilled Shrimp, the epitome of tasty delights on any summer eve. Come on, let’s be honest, BBQ can happen at any time of the year. Most everyone has had it, but many may not know how to make it. Marinades themselves can be such a fun thing to play with.

Flavor combinations abound when you start to explore the tastes and textures that you can add to a grilled shrimp marinade. There are so dos and things to be careful of when you are working specifically with shrimp. That being said, don’t be afraid to try new things. That is really the only way that you are going to learn what you like and what works for you.

What to Do – Go Ahead and Play

Alright, so you want to make a grilled shrimp marinade for the BBQ you are having tonight. Excellent choice! But where to start?

The first thing you want to keep in mind is that a marinade is used to give flavor and tenderness to whatever it is you are marinating. Ideally you will use flavors that go well together, the tried tested and true, and then move out from there. At least that is what I recommend.

You might find that after much adding to an existing marinade, you love to add a certain spice or herb that is not a traditional combination – That’s alright! What you like is going to be the most important to you. You want to make food that you like and possibly love to eat. The only way you are going to learn what you like is to expose yourself to new flavors and combinations.

You may not like all that you make. You may be really excited about the food you made and that you tried something new only to put a mouth full of something disgusting and completely inedible. That’s okay! You learn from you mistakes. Now you know not to do whatever you just did. Lesson learned.

What to Be Careful Of and Why

Here’s the technical bit that is really important. Not only is a marinade used to flavor, it is also used to tenderize. So we have to keep that in mind.

Shrimp usually come described as a number. This number is how many shrimp of that size typically come in a pound. So if you get size 20 shrimp, you’re’e going to get 20 shrimp per pound. Seafood is generally sold by weight, so this is very important to keep in mind when following a recipe or planning a meal that will feed everyone.

When working with shrimp, they tend to be on the smaller side, especially compared to a t-bone steak or chicken breast. Your marinade that you use is going to tenderize those little suckers, so don’t leave them in too long; 30 minutes tops for shrimps. Compare this to a steak that you can marinate overnight.

Yes, you are not going to get the same depth of flavor as you would on the steak, but that’s alright. Shrimps are usually just a bite or two. Plus, you can always make a sauce out of the left over marinade to help reinforce the flavors in the shrimp.

How to Put Together Your Own Marinade – One Simple Rule

The basic rule of any marinade is three to one. Say it with me ” Three to One”. This is going to be you’re optimal ratio for any marinade you ever make. Three parts oil to one part acid. The oil and acid can be of you’re choosing. You can experiment with different flavored oils and acids to your hearts content. 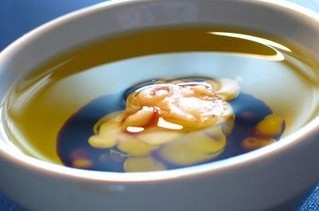 I prefer to use more neutral oils and acids when I plan to be adding a lot of herbs and/or spices to my marinades. There is such a thing as too many flavors and they become muddled and lost withing each other.

When adding herbs, the rule of three to one also applies. For any herb, you need three times as much fresh as you do dried. For example, if you have a recipe that calls for 3 tablespoons chopped parsley, but find you only have dried, you would only use one tablespoon.

The revers also goes. When you have a recipe that calls for dried but you want to use fresh, you are going to use three times as much fresh as what is called for of the dried variety. This is all because the dried is much more potent and concentrated than fresh.

A Marinade to Get You Started

You’re ready to get started making your marinade and some delicious grilled shrimp! Where do you start? I have included a marinade to get your feet wet. Where you go from there is entirely up to you. You can tailor it to any cuisine. Look at what cuisine you are going for and what spices and herbs they use in their cooking. This will give you a starting point to experiment and go from there.

If you want to turn the left over marinade, make sure you cook it before you serve it. Shrimp can carry many bacteria and diseases that need to be cooked out. Marinade needs to be cooked to a minimum temp of 140* F. 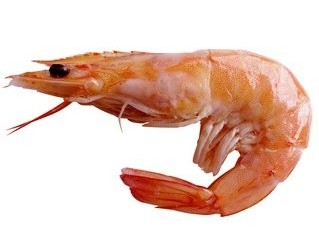 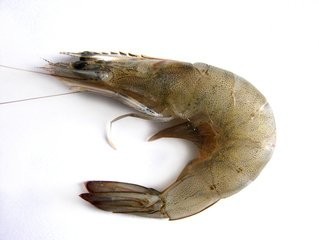 The Big and the Small of It

That’s really all there is to doing a grilled shrimp marinade. Start with something basic and expand from there.

Just remember that yes you want to add flavors, but don’t get so caught up that you add a bunch and it becomes too overwhelming. Start simple and work up from there. One or two ingredients added each time would be good.

You can also try swapping out the oil or vinegar for others that go along with the cuisine you are pairing with. For example, if you want some Asian grilled shrimp, use rice wine vinegar for you’re acid and try flavoring with green onions and soy sauce. If that is to your liking, next time add some ginger and sriracha sauce. The possibilities are endless!

Feel free to play and expand what you know! If you loved or hated this post let me know! As always, I want to hear how you do a grilled shrimp marinade. Leave me a comment below and I will get back to you. Happy Cooking 🙂

Powered by WordPress. Theme: tastybite by: Design By Operation WP